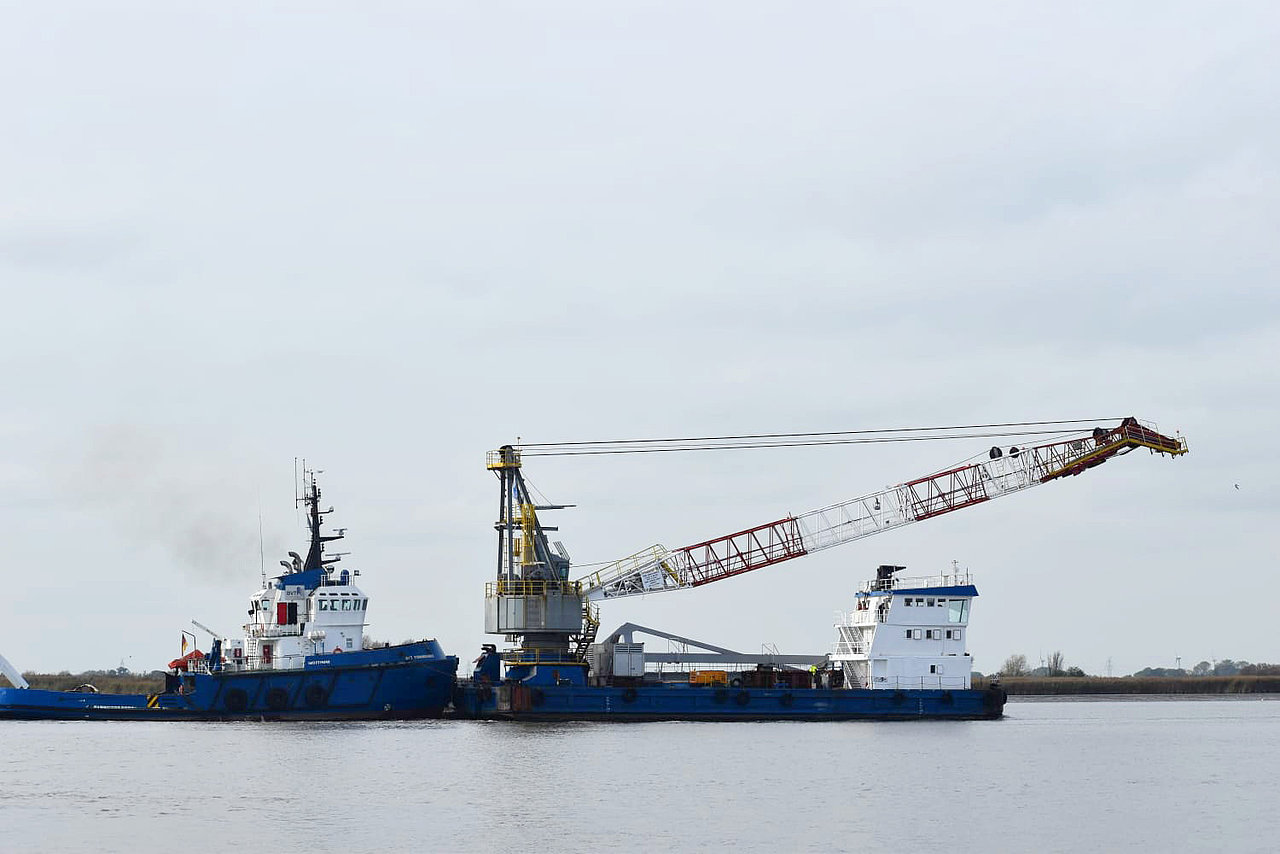 The new "BHV Hercules" floating crane from BVT Chartering and Logistics GmbH, which was assembled from used components from a floating crane, a fishing trawler and a drilling platform and has a lifting capacity of 80 t, helped with the assembly of the footbridge on the free-running canal on the Weser from Bremerhaven on behalf of the port company Bremenports after it was renovated.

The "SK1" pontoon was built in 1961 on the AG Weser and is 40 m long and 23 m wide. The 100-year-old crane could no longer be put into operation due to a lack of spare parts. In spring it was scrapped in Denmark at Smedegaarden A/S in Esbjerg, from where the pontoon brought back a disused bridge house on the way back to Bremerhaven, which belonged to the Norwegian fishing trawler "Storm West", built in 1984. This bridge house has been completely renovated. BVT Chartering also received a used crane in Denmark: Modern American Recycling Services Europe (M.A.R.S.), a recycling facility for large-scale projects in the offshore industry, sold an offshore crane from the 13-year-old "Maersk Reacher" drilling rig, which has received a new crane. The old crane with a 50 m long jib was installed on the "SK1" pontoon at the BVT pier in Bremerhaven, which then became the new "BHV Hercules".